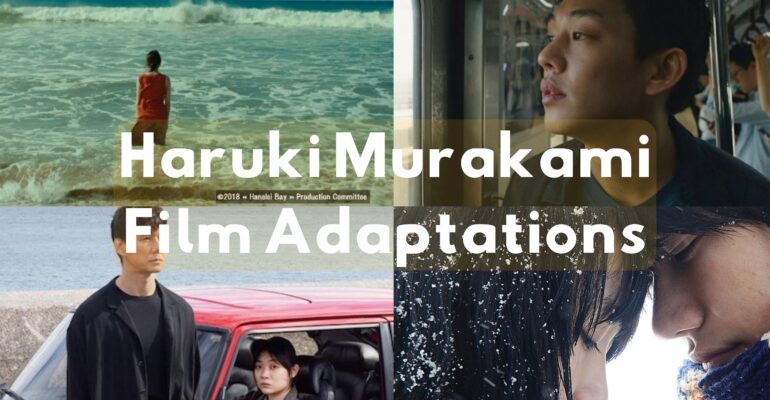 Haruki Murakami, a name that needs no introduction in literature because people from all over the world are enticed by his works. Even, Goodreads describes his works as “easily accessible, yet profoundly complex.”

However, when it comes to adapting his stories into movies, some of his fans say that it will be hard. That is because the line between what is real and not in Murakami’s stories is blurry, but these movies might prove you otherwise. Let’s have a look.

Are you a fan of Haruki Murakami? Watch these film adaptations!

So, let’s take a look at these 5 Haruki Murakami film adaptations WriteSome has picked for you.

Every Murakami fan has to start from Hear The Wind Sing. The novel was his first published work. Not only that but it was also the first to be adapted into a movie in 1981 – two years after the book was released in Japan.

Hear The Wind Sing tells about the “I” and his dear friend “The Rat”. Mainly, the story is about the time when he was a college student in 1970. A period of time where he encounters some strange but interesting people.

One of Murakami’s fans claims that despite everything else, this adaptation of Norwegian Wood “had some great cinematography and some great performances.”

In short, Norwegian Wood is a coming-of-age story. You will follow Toru as he navigates through his college life in Tokyo, which is filled with loneliness and isolation.

3. Burning based on “Barn Burning”

Burning is based on Murakami’s short story, Barn Burning, which is included in his Elephant Vanishes (1987) collection. The title pretty much gives away what the story is mainly about. That is a man who burns a barn whenever he feels like it.

Pretty strange, right? But, as the story progresses, the plot thickens. Directed by Lee Chang-dong, the film adaptation received compliments for keeping the spirit of the original story.

Hanalei Bay is a short story published in 2005. Then, 11 years after that, Daishi Matsunaga directed the film adaptation that runs for 97 minutes.

It’s a very touching story about a mother who lost her son to a shark attack in Hanalei Bay, Hawaii. 10 years after the tragic accident, she returns to the bay on her son’s death anniversary.

Drive My Car is the most recent adaptation of Haruki Murakami’s short stories. If you still doubt to watch the movie, you must know that it received three awards from the 2021 Cannes Film Festival, including the Best Screenplay!

The story follows the complicated but interesting life of Yūsuke Kafuku, a theater actor who later becomes a stage director for the adaptation of Chekhov‘s play Uncle Vanya.