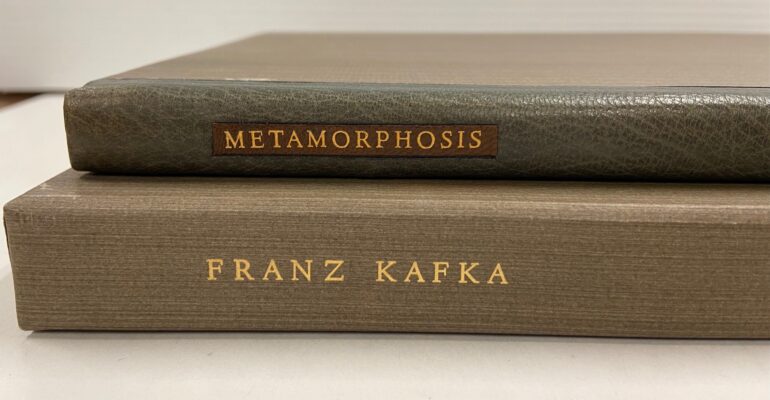 Franz Kafka – The Metamorphosis. Why Is It A Classic?

Franz Kafka is a German-language writer who was born on July 3, 1883, in Prague. He died on June 3, 1924, at the age of 40. Sadly, during his life, he never won a Nobel Prize for Literature. Britannica also wrote, at the time of his death, only a small literary group appreciated his works.

Now, he is one of the most important figures of 20th-century literature. His works bring to light the themes of anxiety, alienation, absurdity, and guilt. Those topics can be seen in his works, such as The Metamorphosis.

Why is Franz Kafka’s Metamorphosis A Classic?

Franz Kafka The Metamorphosis appears on the 2021 10 Essential Penguin Classic. The transformation of Gregor Samsa, the protagonist, from a human to an insect is just the front door leading up to a darker room of a difficult situation.

A bizarre and out-of-reality circumstance that readers can immediately sense from the first sentence. “One morning, when Gregor Samsa woke from troubled dreams, he found himself transformed in his bed into a horrible vermin.” Certainly, the sentence is short, but it speaks of a nightmare.

A nightmare of losing his human aspects. Moreover, as a hard-working salesman, Gregor Samsa works diligently. He has “not once been ill during his five-year employment.” It consumes him and leaves him in misery and little joy. Something that modern society can relate to (burnout as a reaction to job stress).

In addition, the novella also touches on alienation and isolation. This occurs when Gregor’s family gradually transitions from providing him food to leaving him to die in his bedroom. Neglecting the fact that Gregor was once the sole provider of the family. Other than that, his works also give birth to the term Kafkaesque.

Franz Kafka and His Kafkaesque

According to Penguin Book, Kafkaesque is “a nightmarishly complex, bizarre, or illogical quality.” But, one cannot completely understand it without knowing his early life. The life where the failure of not meeting his father’s expectations affected him negatively.

Being his father’s psychological punching bag, young Kafka felt overwhelming guilt and self-hatred. As a result, those two themes are often portrayed through the characters across his works.

One of the takeaways from Metamorphosis is the importance of the first sentence in writing a story. Kafka wrote a line that stirs curiosity. On top of that, The Metamorphosis and Kafka’s other writings remain relevant to modern society that continues to question and seek meanings in life.