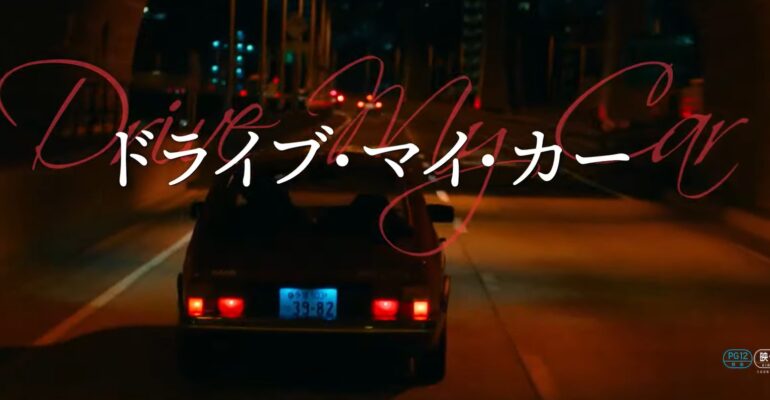 The first Haruki Murakami film adaptation was his first novel, Hear the Wind Sing. The film was out for the public to watch in 1981. While the latest adaptation happened this year.

That is another work from Murakami, Drive My Car, adapted into a 3-hour long movie by Ryusuke Hamaguchi and Takamasa Oe. Other than that, the film adaptation has won several awards too and one of them is the Cannes Film Festival for Best Screenplay.

Read on to figure out why you should watch the movie!

Great News for Murakami’s Fans in 2021

Drive My Car is a short story and it’s part of Murakami’s collection in Men Without Women. The story tells about a stage actor and director Yusuke Kafuku, who is played by Hidetoshi Nishijima. Then, after the death of his cheating wife, he travels to a theater festival in Hiroshima.

There, he directs a production called Uncle Vanya. That is one of Anton Chekhov’s great works. To get there, he needs a chauffeur to drive his red Saab 900 Turbo. So, this is where he meets Misaki Watari – a character played by Tōko Miura.

Both of the characters in this Haruki Murakami film adaptation are unique. As quoted from Lithub, Hamaguchi left a note about Kafuku and Misaki that says, “They are very interesting. They are people that don’t really reveal a lot of themselves and only slowly come up to talk about themselves.”

A statement that IMDB reviewers would agree with. So, should you watch how these two interesting main characters lead the plot of the story?

Yes, You Should Watch This Haruki Murakami Film Adaptation!

It’s an appealing point to see the tension between two strangers finally breaks. Also, intimate and a more open conversation slowly comes up. This gives a chance for the audience to completely understand the characters too. As more layers of secret unfold, you’ll see the obstacles Kafuku faces and how he finds his resemblance to Vanya from the play Uncle Vanya.

Interesting, isn’t it? So, will you watch the movie?